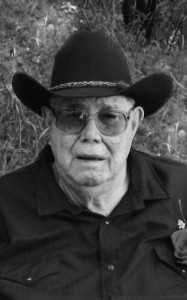 AL SINCLAIR beloved husband of Marilyn Sinclair of Lethbridge, passed away at Chinook Regional Hospital on Tuesday, September 15, 2015, at the age of 81 years.

Besides his loving wife Marilyn, Al is remembered by two sons, John (Siarron) Sinclair of Calgary and Gabe Sinclair of Lethbridge. He is also survived by a special grandson Micheal Houghton of Lethbridge and numerous cousins, nieces and nephews.

He was predeceased by two brothers Max and Bob as well as his parents Colin and Elizabeth.

Al was born December 5, 1933 in Maple Creek, SK where he was raised and educated. At the age of 16 years, Al had to go to work when his father passed away suddenly on Christmas Day. He began his career in trucking and construction. After marrying Marilyn Mills, Al returned to school and graduated with his #1 welding certificate. Al and Marilyn moved to Lethbridge in 1968. Al was employed at various locations including Dueck Excavating and Big D Excavating. When he retired at 65, Al spent a lot of summertime at improving his family cabin in the Cypress Hills. This is where he will be laid to rest.

Al enjoyed country music and playing the guitar. He was a very good dancer. When he was younger, Al boxed at the Maple Creek Boxing Club for over 8 years, winning many trophies and awards in Maple Creek, Swift Current and Moose Jaw.

Al was a friend to many especially those in the trucking business. He was a good husband and father who will be sadly missed.

A Celebration of Al’s Life will be held at the MCKILLOP UNITED CHURCH, 2329-15th Avenue South, Lethbridge, AB at a later date and will be announced. In memory of Al, memorial donations may be made to Cypress Hills Park-Community Centre Fund, Box 2175, Maple Creek, SK, S0N 1N0.

One Condolence for “SINCLAIR Al”