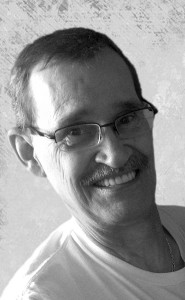 MR. HENRY MOOR, beloved father, grandfather, brother and uncle of Lethbridge, AB passed away peacefully at home on Tuesday, September 15, 2015 at the age of 63.

Henry is survived by his daughters, Christi (Paul and son Bentley) Kingsmith, Nikki Moor, and their mother Cathy Moor; as well as his daughter Andrea (DJ, daughter Tanisha and son Ethan) Moran. He also leaves behind his sister Pat (Bill) Orritt, his brother Leonard (Jennifer) Moor, and brother Jeff (Deb) Moor, as well as numerous nieces and nephews. He was predeceased by his parents Hank and Frances Moor, and sister Maria Campbell.

Henry was born in Turner Valley, on April 5th, 1952 and grew up in High River, AB. He completed his Nursing Orderly training and worked at St. Michael’s Hospital for approximately 20 years, and then worked as a Pen Checker at Peter Vanderheyden’s Feedlot until he was forced to retire in 2001 due to injury.

Those that worked with him at the hospital appreciated his caring and compassionate nature. He was a hard worker who enjoyed the friendships he made at both the hospital and the feedlot. In his spare time, he loved woodworking and built many keepsakes for his daughters.

Life was not always the easiest journey for Henry, but he found comfort and happiness spending time with Christi, Paul, Nikki and especially his grandson, Bentley. Bentley brought much joy to Henry over the last 3 years, and Henry made sure to spoil him any chance he got.

Henry will be remembered for his big heart, and willingness to always lend a helping hand.

Relatives and friends are invited to join A Celebration of Henry’s Life on Tuesday, September 22 at 1:00 P.M. at Cornerstone Funeral Home, 2825 32 St South, Lethbridge, with reception to follow.

One Condolence for “MOOR Henry”