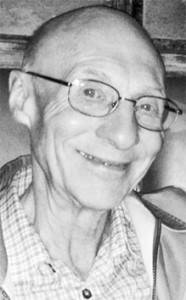 Clarence John Roth of Surrey, BC, passed away on Wednesday, September 9, 2015, at 80 years of age. His beloved wife of 55 years, Doris Roth, was at his side at Peace Arch Hospital until the end. He is survived by four of his children and his five grandchildren. Two services will be held; at Fraser Heights Chapel, September 19, 2015 at 4 p.m. and at St. Basil’s Catholic Church in Lethbridge on October 3, 2015 at 11 a.m. His ashes will be buried at Mountain View Cemetery.

One Condolence for “ROTH Clarence”

Leave a Condolence for Roberta Roth