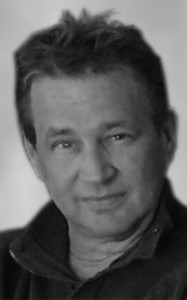 Mark Schebel, taken from us too soon, passed away peacefully on Thursday, September 17, 2015 at the age of 50 years and has gone on to be with his beloved mother Dee Dee Dolly and little sister Kimmie.

Mark was born in Fort Macleod on December 7, 1964. The Schebel family relocated to Lethbridge where he received his schooling and graduated from Winston Churchill High School in 1981. During this time he loved to play hockey and football.

Mark started his career in Calgary at Tip Top and then moved to Edmonton before returning to Calgary where he has resided for the past ten years and had a successful career at Home Depot. Mark was known for his charisma that was always appreciated by his co-workers and customers.

Mark loved family and friends and spending time with nephews, nieces, aunts, uncles and cousins where he was always the life of the party.

Mark will be missed for his unforgettable sense of humor, relaxed attitude towards life and most of all his desire to have fun. He will be lovingly remembered by his family and many friends.

Thanks to Chinook Home Depot staff for their support of Mark and his family.

One Condolence for “SCHEBEL Mark”