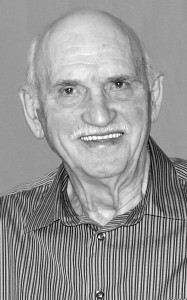 The Brodoway Family sadly announce the passing of their husband, father, grandfather, and great-grandfather, MR. ADAM BRODOWAY, beloved husband of Mrs. Shirley Brodoway, on September 26th, 2015 at the age of 80 years. Adam Brodoway set the standard for dedication and perfection to his wife and family and to his community. Adam was born on April 1st, 1935 in Melfort, Sask, the sixth of 11 children to Michael and Anne Brodoway. Adam and Shirley took over the family farm and farmed it on their own for approximately 11yrs. The family left Saskatchewan in 1972 and headed to Alberta, landing in Bow Island for approximately 10 years where Adam and Shirley first bought and operated the Billiard hall later to develop the west end of town and creating the Brodoway’s Western Mobile home park. Adam helped build many homes in the area and was well known for his carpenter skills. The family moved to Lethbridge in August of 1982. Dad retired from the city of Lethbridge in 2002 at the age of 67.

Adam was raised and educated in Saskatchewan only to grade 10, back in those days they never had a priority on school, it was more important to make sure all the chores on the farm were properly taken care of. Adam enjoyed sports and was pretty good at baseball and played on a well known local team called the Brooksby Rockets, as well, he curled in the winter months to stay active when he wasn’t working on the farm. Adam also played guitar in a local band called the “Rhythm Kings”. Adam was truly blessed to meet the love of his life, a young Shirley McRae from the Ridgedale area. Adam and Shirley were officially married on May 2nd, 1959. Mom was right by his side to the very end. Together they raised 4 children and were blessed with 6 granddaughters and 1 great grandson. Adam was an avid fan of hockey (Calgary Flames), and he loved to watch curling as well. His attention to detail was second to none, and people would always talk about how perfectly maintained his properties were.

Adam expressed that he lived a full and good life.

If friends so desire, in lieu of flowers memorial donations may be made to the Heart and Stroke Foundation, PO Box 2211 Lethbridge, Ab, T1J 4K7.

One Condolence for “BRODOWAY Adam”