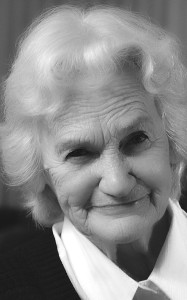 Mrs. Sheila Margaret Lenaour (Bruce) of Lethbridge passed away peacefully at St. Michael’s Palliative Care Centre on Monday, October 5th at the age of 82. Sheila was born at Gran Gibson’s Home in Saltcoats, SK on November 15, 1932. She was raised on the family farm, the sixth child in a family of 8 (4 boys/4 girls) during the depression and WW2. Sheila was forever a Saskatchewan farm girl, visiting the family farm often and claiming she could smell the Saskatchewan harvest all the way to Lethbridge.

Sheila moved to Vancouver to attend hairdressing school, returning to Saltcoats where she ran her own shop for a few years. She then joined the RCAF and went to Ste Jean, PQ for training and was subsequently posted in Ottawa.

Sheila met her husband, Daniel Lenaour, also a RCAF member, and they were married in Ottawa in June of 1956. Shortly after they were posted to Churchill, MB they started their family with the birth of David. Their second son, Howard, sadly passed away shortly after birth. The family was then posted to Whitehorse where Michael was born.

After numerous other postings, they moved to Lethbridge when Daniel started working with the RCMP.

In the mid-seventies Sheila returned to work at the Woodward’s Food Floor, later Safeway, where she made many lifelong friends.

Auntie Sheila was a favorite with her numerous nieces and nephews, many of whom came to stay at her home as they began to explore their own independence. Sheila was much loved for her wit and wisdom. Many hours were spent at her kitchen table with Sheila listening, questioning and providing sound advice to friends of David and Michael and later her grandchildren who sought her out. She was fiercely proud and protective of her sons, her daughters in law and her grandchildren.

One Condolence for “LENAOUR Sheila”