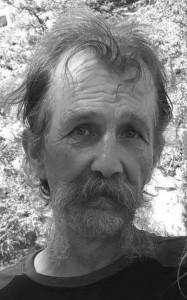 WILLIAM CRAIG TAUTFEST — passed away September 22, 2015 in the Red Deer Regional Hospital, age 58, after a heroic struggle with cancer.

Bill was born in Brooks, AB on April 10, 1957 and grew up in Rosemary where he made life-long friends, especially Craig Payne who was with him to the end. Bill loved the outdoors and was an avid sportsman. He loved to fish, golf, and hunt, and loved to spend time and play games with family and friends. He had an amazing green thumb and loved to grow all kinds of plants. He was always looking out for his little sisters and always had a listening ear. We will miss you terribly Billy! You will always be remembered in our hearts! Special thanks to Dr. Pienaar, Dr. Jessen, the caring and compassionate nurses of the Palliative Care Unit in Red Deer Regional, especially Tom who was so supportive, and Jennifer, his final Respiratory Tech.

Inurnment in the Rosemary Cemetery later that afternoon. In lieu of flowers, donations may be made to the Salvation Army or the War Amps.