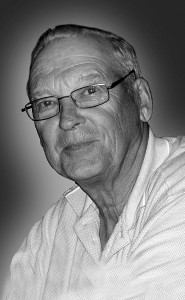 It is with great sadness that the family of FRANCIS JOHN HANSON announces his passing on October 18, 2015 at the age of 76, in St. Michael’s Palliative Care Centre in Lethbridge.

He enjoyed life to the fullest, always with a great sense of humor and a love for his grandchildren. Francis is survived by his loving wife of 53 years Anne, two sons: Wilfred (Heather) of Pine Lake and Joe (Bernadette) of Taber and one daughter Joanne (Earl) Armstrong of Lomond. Francis is also survived by his grandchildren: Conrad and Candace Hanson and their mother Natalie, Mianna and Shawn Armstrong, Madison and Jonathon Hanson, Alix and Robert Hormoth and their mother Willow, Heather’s children Dustin and Tyler Mose, Bernadette’s children Colin and Hannah Larsen, as well as three sisters and one brother.

Francis was predeceased by his parents Joe and Helen Hanson, his mother and father in law Wilfred and Gertrude Boyer and two brothers in law.

A Memorial Service will be held at the ENCHANT COMMUNITY HALL – 127 Center Street, Enchant, AB, on Thursday, October 22nd, 2015 at 1:00 P.M. with Pastor Jeff Frostad officiating.

A Private Family Interment will take place at the Enchant Cemetery.