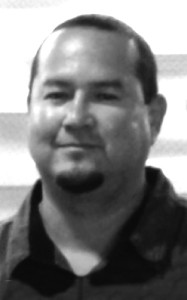 It is with great sadness that we announce the sudden passing of CHRISTIE “CHRIS” JAMES HEALY, on Wednesday, October 21, 2015 in Lethbridge AB at the Age of 41 years.

Chris has left such a huge void in the lives of all who loved him, especially in the lives of his family. Lorraine, the love of his life, seldom were they ever apart. There was no Chris without his Lorraine and no Lorraine without her Chris. He was such a loving and devout father to Trey, Kane and Hana, always providing for their every need and was their biggest and proudest fan. He will forever be remembered for his kind loving ways. His contagious smile and his never ending love to tease. Chris was a gentlemen, a man with a big heart, humble and compassionate, a legacy for his children to follow. Thus the reason he made many friends wherever he went and they always became family. There are many stories one can share of Chris that more often than not end in humour. We have only been so blessed to have shared a lifetime with Chris and life as we knew it will now never be the same without him. Currently Chris was employed with Charlton & Hill Roofing, in his second year of apprenticeship, and had formed special friendships with his co-workers whom will miss him deeply. Prior to his current employment Chris was a professional truck driver 10 years in the Calgary and area.

One Condolence for “HEALY”