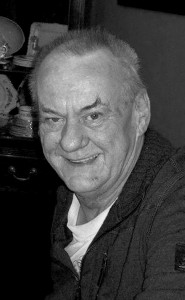 The afternoon of Friday October 23, 2015 our brother Edward (Ed) Leeck succumbed to heart disease at the age of 59. He leaves behind to mourn, his partner Nancy Salamon, his sisters Leona (Duane) King, Beverly Leeck (Michael Langlands), Dianne (Terry) Larko, and Christine Joll, four nieces, three nephews, as well as many great friends. His parents, Clarence and Eileen Leeck, predeceased him. Edward was born April 10, 1956, the youngest of five children and the only boy. He loved motorcycles and his job with the railroad. He began as brakeman with the CPR and worked his way up to engineer, the youngest at the time. In 1984 at the age of 28 he was stricken by a disabling brain disorder and bravely battled that illness for the rest of his life.

He will always be remembered for his quiet gentle nature, always willing to help others, and always a gentleman.

One Condolence for “LEECK Ed”