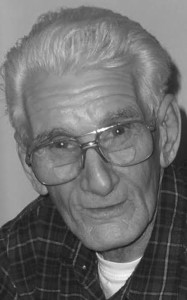 Gordon William Mair passed unexpectedly but peacefully on October 25, 2015 at 3pm in Lethbridge Alberta. Gordon was born in Nelson BC to Thomas and Violet (Muirhead) Mair on November 21, 1936. While living in Lethbridge for all of his adult life, Gordon worked at Varsteel, drove Taxi and then became a Bus driver for the rest of his career.

Gordon then married Clara (Hurley) Mair and they were together till his passing. Clara brings Lisa (her daughter), Amanda (granddaughter), Gerry (grandson) and now Skyler (great granddaughter) to the Mair family.