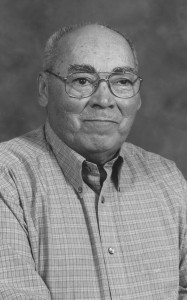 Jose Afrodicio Solano Minero of San Juan Nonualco and beloved adopted city of Lethbridge, passed away peacefully at home, surrounded by family on November 12, 2015 at the age of 87.

Jose was born on December 1, 1927 in San Juan Nonualco, El Salvador. He had various careers including serving as a Chief of the National Police Department and as a politician, including Mayor of San Juan Nonualco and as an Advisor of the Minister of Agriculture. Due to Civil War in El Salvador, he moved to Mexico, then to Canada on February 17, 1983 with his spouse Mirna Mena and their son Geovanny. He came to love Canada and accepted Lethbridge as his second home, where his last three children were born. In Canada, he devoted his life to Christ, going to church, raising his children and watching his family grow. His proudest moments were watching his children further and complete their post- secondary education.

He was predeceased by his parents Manuel Solano and Cleotilde Minero, and brothers and sisters, Zeneida, Olinda, Manuel, Alvarino and Saul Solano.

Flowers are gratefully declined. Those who wish, memorial donations may be made to the Jack Ady Cancer Centre, 960 19th Street South, Lethbridge, AB, T1J 1W5.