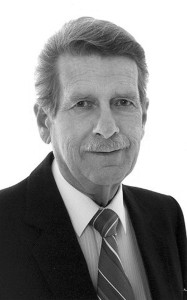 Jerry Pokarney of Lethbridge, Alberta, beloved father of Christy, Cheri, Brynna, and Teague, passed away suddenly on November 13, 2015 at the age of 78 years.

Jerry was born in Great Falls, Montana on June 20, 1937. Jerry spent his childhood in Great Falls and graduated from Great Falls High School in 1955. Jerry went on to earn his Bachelor of Arts in Music from the College of Great Falls in 1964 and proceeded to obtain his Master of Music from the University of Montana in 1967. He married his first wife, Diane Pokarney, in 1961 and together they had two daughters, Christy and Cheri. Jerry began his career as a high school band director in Hobson and Malta, Montana, before moving to Lethbridge in 1969. Jerry briefly taught at Gilbert Paterson Junior High School before taking the position as director of bands at the Lethbridge Collegiate Institute, where he taught for over 30 years. He married his second wife, Bonnie Jean Brown, in 1984 and together they had two children, Brynna and Teague. Teaching music was more than just a career for Jerry, it was his passion. In addition to being an inspirational teacher, Jerry was also a composer, an author, a board member of the Alberta Band Association, a conductor, an adjudicator, and a clinician. His greatest love and talent was playing trumpet, which enabled him to perform with some of the finest musicians in North America. His retirement from teaching in 2003 allowed Jerry to devote more of his time to composing music and spending time with dear friends and family.

Jerry was predeceased by his parents, Gladys and George Pokarney and his brother, George “Bud” Pokarney.

Memorial donations may be made to Red Deer College in support of MusiCamp Alberta (formerly MusiCamrose) at the following website location: https://alumnifriends.rdc.ab.ca/Give-Now. Under “Designation”, please select “Other” and type “Jerry Pokarney Memorial Scholarship” in the box provided. Your donations will be used to send students in financial need to this long-standing music workshop in Alberta that Jerry loved and supported for many years.