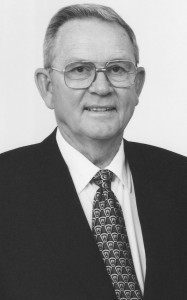 A loving husband, father, grandfather, and great grandfather, B. Wayne Currie passed away at Chinook Regional Hospital in Lethbridge, Alberta on Friday, November 20, 2015 at the age of 88 years. He is survived by his beloved wife of 66 years , Lois (Dannatt); four sons, Myron (Pat McMillan) of Lethbridge, Loren (Maria) of Vancouver, Hal (Diana) of Okotoks and Lyndon of Calgary, 11 grandchildren, 12 great grandchildren, his brother Bryan (Lorry), his sister-in-laws Doreen Dannatt of Lethbridge and Margaret Gotwals of California as well as many nieces and nephews.

He was predeceased by his parents, Boyd and Clara Currie, his sister Joan (Brooks) and older Brother Richard who died in infancy as well as brother in laws Russell Dannatt, Anthony Gotwals and John Brooks and sister in laws Rose Dannatt and Pauline Currie.

Wayne was born at Commerce Alberta on January 19, 1927. The family moved from the Picture Butte area to a farm east of Warner in 1936. He attended Watt School as a child and later Warner High School. He spent 2 years studying drafting and construction at Calgary Tech. Wayne loved to build and built 18 homes in the Warner area in the off season when he wasn’t farming. Wayne served on the Warner Village Council for 13 years and was a volunteer fireman. He served as the chairman of the church building committee when the new church was built in 1967. He was a member of the board of DriLand Feeders for 11 years and a life member of the Warner Elks.

Wayne and Lois moved to Lethbridge in 1998. Wayne had a love for sports and music his entire life. He loved to play baseball and watch his children and grandchildren play a variety of sports. He sang in the church choir for many years in Warner and carried on his love to sing as a member of the Bridge City Barbershop Chorus. He spent hours on woodworking projects in his basement shop and also developed a love for lapidary at the Lethbridge Seniors Centre.

The family wishes to thank the doctors and nurses at Chinook Regional Hospital for their compassionate service during his illness.

In lieu of flowers, those who wish, memorial donations may be made to the Parkinson’s Society of Southern Alberta, 1254-3 Ave. South, Lethbridge, Alberta T1J 0J9.