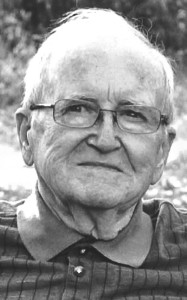 Mr. William “Bill” Stanton of Lethbridge, beloved husband of Mrs. Peggy Stanton, passed away peacefully with his family at his side on Thursday, November 19, 2015 at the age of 87 years.

Bill was born on September 27, 1928 in Ilkeston, Derbyshire, England to Neil & Evelyn Stanton.

He immigrated to Canada in 1938 with his aunt and resided in Rocky Mountain House and attended school there. He then left the farm and came to Lethbridge to seek employment. He met his wife of 63 years and raised 5 children. He was employed with the City of Lethbridge for 40 years with the electric department. He had a love for classical music, the outdoors, he loved to fish and hunt, and he was an amazing wood craftsman. In retirement, he had a passion for raising orchids. He also enjoyed cross country skiing, golfing and bowling. He was active in the Reserve Armoury in Lethbridge, as well as the Orchid Society.

Bill was a loving husband, father, grandfather and great-grandfather.

At Bill’s request, there will be no funeral service. A private family service will be held at a later date.

In lieu of flowers, those who wish may make memorial donations to a charity of your choice.