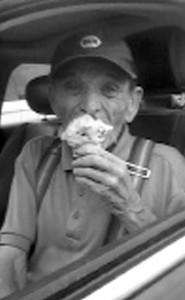 LYNDEN MAURICE DUHAMEL, passed away after a lengthy illness at home in Travers on November 20th, 2015 at the age of 78 years.

Lynden was born October 26th, 1937 in Calgary, Alberta. He was raised and educated in Travers and Brooks. Lynden began a career as a surveyor for BRD (Bow River Development) and then B.C. Hydro. He was affectionately called “Smiley”. Lynden was very mechanically inclined and could fix anything. He loved everyone, especially children. Lynden was well known at the Enchant Hutterite Colony, helping out by teaching mechanics and solving any problem they had. Lynden will be sadly missed by his family, friends and many at Bully’s.

A Private Family Interment will take place at a later date.

In memory of Lynden, donations can be made to a charity of one’s choice.