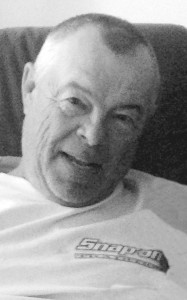 Barry attended elementary and high school in Magrath and went on to complete post secondary education at the Lethbridge Community College, graduating with a business degree in agriculture.

Barry excelled in all the athletics he played, but basketball, baseball, and hockey were his favorites. Barry went on to coach minor hockey in the community. Barry enjoyed spending as much time as he could with his family and became an avid water skier and especially loved fishing, the outdoors, and hunting. He lived to farm but the true love of his life was his wife Debra and his children and grand children.

Barry will be truly missed by all that knew him. As per Barry’s request there will not be a funeral.

A celebration on his life will be held at the Magrath Senior’s Center on Monday December 7th from 2-4P.M.

One Condolence for “OWENS Barry”