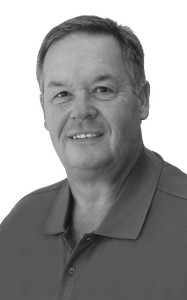 Jim Martens, beloved husband of Nancy (nee Linder) passed away suddenly on December 14, 2015 at the age of 58 years.

He is survived by his wife Nancy; sons Nathan and Riley; his in-laws, Kia (Sean); as well as his siblings Tony (Donna), Karen (Earl), Alan (Connie), and Kelly (Darrell); sisters-in-laws Kathryn , and Sarah (Sean) along with numerous nieces and nephews.

He is predeceased by his brother Bruce.

Jim graduated from Kate Andrews High School and from there, he went on to become a Journeymen Carpenter. Thirty years ago he entered into Real estate, but kept carpentry and building as a passion, with many friends and family having benefited from his expertise. He also enjoyed camping and fishing, especially with his family. He was a favorite Uncle who left his family with lasting memories.

Jim’s yard was his pride and joy, he and Nancy enjoyed many hours working together creating their own retreat.

Jim was also passionate about the community he lived in and gave freely of his time. He was a member of the Knights of Columbus, and donated many hours to numerous worthwhile causes.

Above all, he was a family man. When something needed to be done, you could always count on Jim to be there. He had a strong faith in God that was evident in his daily life and carried through to his family. He will be sadly missed and remembered for his love of life and positive effect on those who knew him.

In lieu of flowers, memorial donations may be made to the Heart and Stroke Foundation of Alberta, Box 2211, Lethbridge, AB, T1J 4K7.

One Condolence for “MARTEN James”