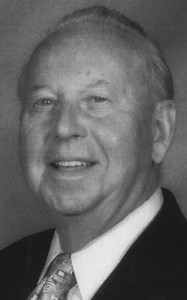 ROBERT “BOB” ALEXANDER, beloved husband of Phyllis of Lethbridge, passed away after a long battle with Alzheimers on Monday, December 21, 2015 at the age of 83 years.

Besides his loving wife, he is lovingly remembered by his four daughters; Pat Skelly of Lethbridge, Heather (Terry) Bailey of Ponoka, Beth (Randy) Quan of Lethbridge and Donna Edhart of Edmonton; 10 grandchildren Robert (Nicole) Sakamoto, Shae-Lynn Sakamoto, Liam Skelly, Brandon and Kyle (Katie) Bailey, Alycia (Colin) Poffenroth, Scott (Stephanie) Quan, Bree Quan (Ashley Thomas), Craig and Jared Edhart as well as one great-granddaughter Scotlyn Bailey. He is also survived by one sister Dorothy MacDonald of New Westminster, B.C., as well as two sisters in law of Lethbridge, Sadie (Doug) McCarthy and Cathie (Jim) McGinty, as well as numerous nieces and nephews and extended family and friends in Canada and Scotland. He was predeceased by his parents James and Margaret and one brother George.

Bob was born on May 19, 1932 in Edinburgh, Scotland and immigrated to Canada when he was 24 years old. His future wife followed him and they were married in the Yukon February 12, 1958. Together, they began their family and later moved to Lethbridge in 1961. Bob enjoyed playing golf and Bridge. He had a good sense of humor and loved to joke around. Bob and Phyllis spent time traveling, and their favorite places were Hawaii and Coeur d’Alene.

At Bob’s request, a Private Family Service will be held.

In Memory of Bob, donations may be made to the Alzheimer’s Society of Alberta and Northwest Territories, 14925 – 111 Street N.W., Edmonton, AB, T5M 2P6