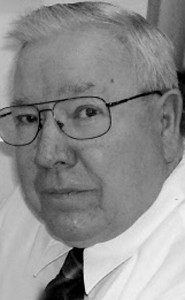 ALLAN WOOLFORD ZAUGG, passed away peacefully December 30, 2015 at the age of 73 years. He is survived by his wife of 50 years, Lynette and his five children, Marie (Tammy) Van Samang, Kathleen (Dalin) Bullock, Nerida Bullock, Wayne (Emily) Zaugg and Alanna (Jesse) Dalton and 20 grandchildren. He is also survived by his sisters Mary Vance and Gwen Dapp and his brother Wallace (Mariana) Zaugg. He was predeceased by his parents, Fingal and Mary Zaugg and by his brother John and sister Reita James. Allan worked for AGT in both Calgary and Lethbridge for almost 25 years and 8 years for Peavey Mart in Lethbridge before ill health caused his retirement in 2004. The Funeral Service will be held at The Church of Jesus Christ of Latter-day Saints, Fairmont Chapel, 205 Fairmont Blvd S., Lethbridge, on Monday, January 4, 2016 at 11:00 a.m. with Bishop Rod Bennett officiating. Friends may meet with the family prior to the service from 10 – 10:45 am.