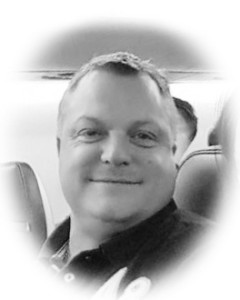 Cory Richard Stock of Lethbridge passed away suddenly on January 3rd, 2016 at the age of 46.

Cory was born January 20, 1969 in Weyburn, Saskatchewan and moved to Medicine Hat at the age of 6 with his family. Sports took a large role in his upbringing, participating in most until his true passion for soccer was found. Upon graduation from Medicine Hat High School in 1987, he met his true love and best friend Robin, starting a relationship that grew into marriage on May 22, 1993. Their marriage took them to Lethbridge where he started working with Triple M Housing in December of 1994 in their drafting department. His drive moved him through many roles at Triple M, culminating with his appointment as VP of Operations in September of 2014. Those he worked with knew how much he cared and how much the company meant to him. As they became involved in Lethbridge, so did Cory in the local soccer community. He was a long standing member of the Lethbridge Soccer Association Board of Directors, Chair of the LSA Technical Committee, and a dedicated coach, mentor, and friend. Cory’s passion, energy, and his love for soccer helped shape the sport in our community. His smile, his ability to connect and relate to people, and his tireless efforts to promote the game will have a long lasting impact.

His smile, patience, and loving nature will truly be missed by all that he touched, which was many. He may be gone, but his true acts of kindness will never be forgotten – we are all left with many memories of a life well lived by a man truly loved.

A Celebration of Cory’s Life will be held at 1:00pm on Saturday, January 9, 2016 at IMMANUEL LUTHERAN CHURCH (20 Rocky Mountain Blvd. W) with Pastor Richard Brown, officiating.

In lieu of flowers, donations can be made to KidSport Lethbridge & Taber (1001 3rd Ave. S., Lethbridge, AB T1J 0J3) to continue supporting local sports that meant so much to him.

Leave a Condolence for Tom Simons