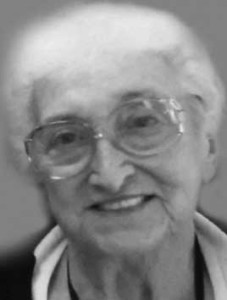 It is with sadness that we announce the passing of Mrs. June L. Cattell, late of Edmonton, formerly of Lethbridge and Leicester, UK, on the 8th of January, 2016 at the age of 84 years. June will be lovingly remembered by her family; her son Nigel William (Bindi) Cattell, her 6 grandchildren: Ashley Laine, Christopher Andrew, Jeevan, Jason, Lisa, and Jodie, her brother Kenneth as well as numerous other family and many dear friends. June was predeceased by her Husband William and son John. A Funeral Service will be held on Saturday, January 23, 2016 at 2:00 PM at Memories Funeral Home with Major Sandy officiating. Memories Donations are gratefully accepted to the Castle Downs Division of the Salvation Army 12404-140th Ave Edmonton, AB T5L 3N9 Expressions of condolences may be forwarded to the family by visiting www.memoriesfuneral.com