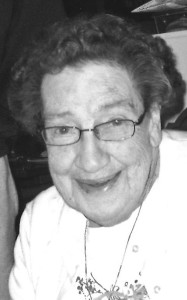 Mrs. Hendrika Delleman of Lethbridge, beloved wife of Peter, passed away peacefully at St. Michael’s Health Centre on January 14, 2016 at the age of 85 years.

Besides her loving husband of 61 years, Hendrika is survived by her four daughters Clair, Jacqueline, Adrianna, Anna Marie; four sons Thomas, Peter, William, Paul as well as all of their spouses; thirty grandchildren; sixteen great-grandchildren, as well as extended family in the Netherlands.