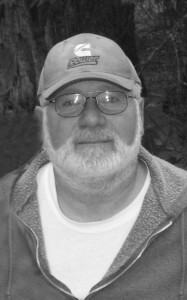 The family of ROY ALLAN McMURREN would like his many friends to know that he died on Wednesday, January 13, 2016 following a long and determined struggle with complications from prostate cancer.

He leaves behind his wife and best friend of 46 years, Delores, his proud sons Blair (Juliet) and Gary (Jaime), and his adored grandchildren Gabriel, Sophia, Charlie, Hugo, and Joseph. Also mourning are his loving father Robert, brothers and sisters Mel (Amanda), Janet, Marion, Karen, and John (Lindsay), all their children, and a large extended family that will feel his absence sorely.

He was predeceased by his mother Beatrice and an infant brother Harry. Roy was a gentle giant of a man, well known for his abiding love of the outdoors and sport. He put his mechanical mind and abilities to tremendous work over a long career at College Mercury and then Lethbridge College, where he retired in June 2007 after 27 years in the Mechanics Department. He was a gifted teacher and role model who contributed hugely to his trade and community. His ability to connect with people of every rank and station was simply extraordinary, and spoke to his natural curiosity and compassion for others.

A Celebration of Roy’s life will take place on Saturday, February 6, 2016 from 2 to 4 pm at the Royal Canadian Legion General Stewart Branch #4.

His family invite gifts in his memory to the St. Michael’s Health Centre Foundation, 1400 – 9 Avenue South, Lethbridge, T1J 4V5, in grateful recognition of the outstanding, loving care he received from the Palliative Care Unit.