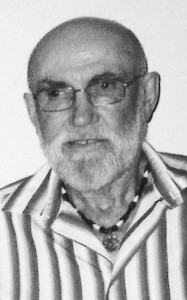 CORNELIUS “NEIL” HELMUT WIENS, passed away on Sunday, January 17, 2016, after a short, courageous battle with cancer. He was born on November 24, 1944 and two months later was received in to the home of Frank and Helena Wiens and seven siblings! What an awesome event that was for this family!

His ability in working with his hands was outstanding and gardening was always well rewarded, as was his prowess in the kitchen. Wood carving and drawing were a great source of satisfaction to him and, for the rest of us, a joy to see. The restlessness in his nature could not always be harnessed so from a very young age his favourite words were “Let’s go” and on January 17th, he said “Let’s go” and he went to his everlasting home to be with the Saviour he believed in.

In lieu of flowers, donations may be made to the Canadian Cancer Society, 317 – 10 Street South, Lethbridge, AB, T1J 2M7.