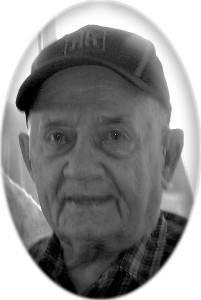 MR. BAZYLI WILLIAM KICZULA, known lovingly by all as “Bill”, of Vulcan, AB passed away peacefully at the age of 93 years on January 22, 2016. Bill was born to John and Sophia Kiczula in Firlejiw, Ukraine; he survived his wife, Margaret Kiczula, who enjoyed each other’s company in marriage for 56 years. Bill lived in a small village in the Ukraine until 1940 when – at the age of 17 – his, and other families from the area, were taken from their home by the KGB to the Siberia work camps. After 3 years in the camp, Bill entered the Polish army where he became the gunner on a tank, traveling across Europe and the Middle East. To the humour of those who knew his sense of direction later in life, Bill was the main navigator on the tank. After the war, he volunteered for assignment in Canada with the Canadian Agricultural Commission. Having arrived in Southern Alberta, Bill worked on various farms and in trades around the province before finally settling in Vulcan and taking a job with the local hotel where he worked as a bartender for nearly thirty years. Bill was jovial and entertaining, making many friends in town and eventually he met and later married Margaret MacLean with whom he had three children, all raised in Vulcan. Bill worked for the Canadian Legion in Vulcan before retiring to spend time with his family and on his hobbies: carpentry, playing cards, and making wisecracks. Loving to work with his hands, Bill enjoyed building and refurbishing furniture, making repairs, and working outdoors whenever he could. He was always ready with a smile and a laugh, reminding those around him to enjoy life and to only take seriously the things that mattered. Known for his kindness and wonderful personality, Bill lit up the lives of all those he met, and he will be missed by family and friends, who will always remember the sound of his intoxicating laugh. Bill was predeceased by: his wife Margaret Kiczula of Vulcan, AB; parents John and Sophia Kiczula; two sons in child birth John and David Kiczula; brothers Steve, Elias, Gabriel, and Mike Kiczula, sisters Olga, Ann, and Kathrina Kiczula; brothers-in-law Wally Krall of Lethbridge, AB, Ed Zilke, Vulcan, AB; sisters-in-law Mary Zilke of Vulcan, AB, Dorothy Krall of Lethbridge, AB; and nephew John Kiczula of Hamilton, ON. Bill is survived and dearly missed by: his children: Mary Van Zwol and Bernice Kiczula of Lethbridge, AB; Donald Kiczula of Picture Butte, AB; his grandchildren Cindy and Leslie Van Zwol of Lethbridge, AB, and Ryan and Dylan Kiczula of Picture Butte, AB; sister-in-law Rose (Wayne) Schellhorn of Lethbridge, AB; along with numerous nieces and nephews. Relatives and friends are invited to celebrate a Funeral Mass for Bill at ST. ANDREWS CATHOLIC CHURCH: 330 – 1st Street South, Vulcan, AB on Thursday January 28th at 2:00 p.m. with Reverend Ed Hospet Celebrant. Interment to follow at Vulcan Cemetery. In memory of Bill, memorial donations may be made to the Canadian Legion – Branch #21, Box 175, Vulcan, AB T0L 2B0.