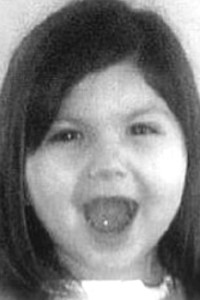 It is with immense sadness that we announce the sudden passing of HAILEY MAY OKA-DILLON on Saturday, January 23, 2016 at the tender age of 7 at the Cardston Hospital.

Born into the Fish Eaters Clan on May 6th, 2008 at the Lethbridge Hospital, AB to her mother Kennedy Oka and father Evan Dillon. Hailey’s love for water started from birth, as she got older you could always find her at the swimming pools in Cardston. Her “Pappa” Henry would drive her to The South Country Inn Hotel where the employees would allow Hailey to swim even if there was a private booking. Afterwards they would stop in at Dairy Queen, where she would order one of her favorites a “poutine” or “onion rings”. Hailey’s “Aunna” Roxanne was her spiritual teacher and taught her the importance of praying and smudging every morning. Hailey was very popular in the town of Cardston for her illuminous and contagious smile that made everyone feel her loving warmth that she carried. She was a social butterfly, making friends everywhere she went. Hailey’s love for animals was phenomenal, she was ecstatic when her mother Kennedy and Ryan got her a pony that she later named “Princess”. Ryan chased “Princess” around for hours and would not give up until he caught her, so he could lead Hailey around.

Hailey waited patiently but at the same time enjoyed bossing Ryan around. She was very excited when she found out “Princess” was expecting and would talk about it to her friends and family. She also had another horse “Easy” that she helped her “Pappa” Henry care for every day.

Hailey also had three dogs named Tyler, Morocco, and Laser. All of which were animals that were in need of a home and adopted by Hailey. Tyler was supposed to remain outside most of the time, however Hailey would sneak Tyler in and it was as if Tyler understood he needed to be quiet so they would both “tippy toe” back to her room. The next morning “Pappa” & “Aunna” would find this very large dog Tyler and Hailey sleeping together on her bed.

Hailey loved to travel to pow wows and rodeos during the summer. Hailey made her debut into the Southern Circuit Winter Series Timed Event “Tiny Tots” Barrel Racing. At the age of 3, she went to Las Vegas, and at the age of 6 she went to Disneyland with her aunty Santanita & uncle JC. Hailey was privileged to see her favorite characters Alsa, Anna, and Olaf from the movie Frozen. Hailey was star struck as they rode by in the daily Disneyland Parade since she was a Frozen “fanatic”. Hailey was fortunate enough to be a “flower girl” twice, once for her mother Kennedy’s wedding and also for her cousin Neyosa’s wedding.

She loved to dance and was notoriously known for her baby “shuffle” dance moves. At the age of one, her kokum and moshum, Vivian and Elliot had already taught her to speak Cree. Hailey was a natural dancer, she began her pow wow dancing at the age of 3. First starting in the Fancy Shawl category, and was planning on making her debut into Jingle dancing this summer.

We would like to give mention to Hailey’s neighborhood friends to whom she was very close to. Hailey was notorious for knocking on their doors at 8 o’clock in the morning to play, and would often get invited in for breakfast. The grade 2 class of the Cardston Elementary school, her teacher Allison Vornbrock, and the principal loved Hailey.

The family apologizes for any names that we may have missed. Hailey was well known to many although she was with us for only a short period of time.