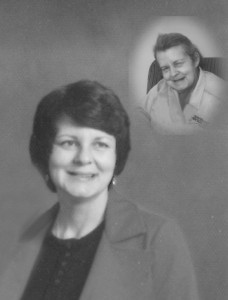 Ms. Charlene Boumberger of Lethbridge passed away on Monday, February 8, 2016 at the Edith Cavell Care Centre, at the age of 67 years.

Char was born June 7, 1948 in Lethbridge to the late Irvine ‘Johnnie’ and Mary Boumberger. She is predeceased by her sisters Veronica Aucoin and Gloria Smith.

Char is survived by her daughter Patricia and her niece Rhona Kucheran who she raised for many years.

After high school, Char studied Fine Arts at the University of Lethbridge but then stopped to dedicate herself to her sign painting business Sea Sign. She was amused when recounting memories of customers who would contact her and ask to speak to her boss not believing a woman could start and run a commercial business. She was a lifelong artist and in her later years worked on intricately detailed pieces. Char’s other gifts were playing the guitar and organ as well as singing.

Char was very kind and gentle having a soft spot for those who were suffering. Despite her lack of material wealth, she was very generous with her time for anyone who needed refuge from whatever troubled them.

Char found great comfort in her animal companions. Her home was always filled with animals of different types. She had also dabbled in dog breeding of Irish Settlers and Yorkshire Terriers.

In her later years, Charlene seemed to be deeply affected by the rapid successive deaths of her older sister Veronica Aucoin, her younger sister Gloria Smith, then shortly after that, her mother Mary Boumberger. It seemed that she never recovered from these and other major losses that occurred around this time. She gradually retreated into her own mind. She had been living in Edith Cavell Care Centre until her death. Her life had many challenges but now she can finally have her cup of tea with Jesus.