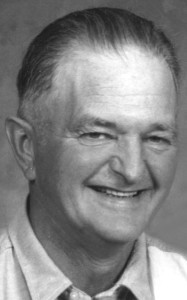 It is with deep sadness that we announce the passing of our father and grandfather, GERALD “GERRY” MELVIN JOHNSON, beloved husband of the late Frances Johnson, in Lethbridge at the age of 72 years.

Gerry was born in Picture Butte on April 17, 1943 to his parents, Melvin and Jean Johnson. He was raised with his older brother Robert, twin sister Janet and his younger brother, Wayne.

Gerry met and married the love of his life, Frances Teresa Zimmer on August 7, 1970 and lived and raised their family on the farm for 41 years. Gerry and Fran were blessed with twins, Karen and Kenneth. He began farming with his father, then with Fran and later, with his son Ken. Gerry was blessed with five grandchildren that he loved dearly: Emily and Amanda Johnson; Dean, Drew and Gregory Mueller.

Gerry enjoyed his family, the farm, his friends and was a lifelong member of the Elks. He loved to visit with everyone from young to old, play cards with friends, go to all the auction sales and enjoy beer with all he knew. Gerry and Fran spent many years wintering in Arizona. He continued to travel to Arizona after Fran passed away as he dearly loved his Arizona ‘Family’ and the activities there including fishing, golfing and teasing the ladies while making puzzles. In the last few years, Gerry enjoyed the love and companionship of a lady he met in Arizona, Bertha Madtson, who will truly miss him.

Gerry knew everyone from near and far and could always tell you a story about them, how he met them and why they were important. He remembered you whether he met you in grade school, in Arizona, or sitting around the table for a beverage. Gerry always took the time to listen to people and thus people gravitated to him. Once he was your friend, you had a friend for life.

Gerry leaves to mourn his loving children: Karen (Scott) Mueller and Kenneth (Joanna) Johnson as well as his five grandchildren. He is survived by his sister Janet (John) and his brother Wayne as well as numerous in-laws, nephews, nieces and cousins.

Along with his loving wife Fran, Gerry was predeceased by his parents Melvin and Jean as well as his brother and sister-in-law Bob and Betty Johnson

Flowers are gratefully declined. For those who wish, donations in memory of Gerry may be made to a charity of your choice.