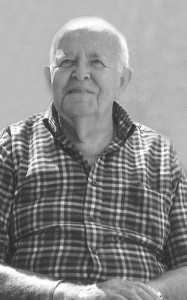 Born in Holland, as a young man, Reel fought in the Indonesian War. After marrying the love of his life, they immigrated to Canada in 1953. Settling in Lethbridge, he worked at the dairy pool and then at Cambra Foods. He retired from there at 64 years of age and always said he was busier than when he was working. Dad really enjoyed music and sang in numerous choirs. He loved animals, the beauty of God’s creation, camping and gardening. He had a strong faith in God and was involved in the church. We lost an extraordinary Godly husband, father, dad, grandpa, great-grandpa and friend – Heaven’s gain!

In lieu of flowers, memorial donations may be made to the Heart and Stroke Foundation of Alberta Box 2211, Lethbridge, AB, T1J 4K7