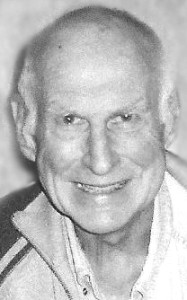 He was born in Swindon England and was predeceased by his only son Christopher Fairfax Osborn in 1961, sister Denise Osborn in 2001 and parents Bertha Evelyn Osborn and Charles Fairfax Osborn.

After completing his education, he served in the Royal Air Force as a SAC in Armament Mechanics.

He married the love of his life Jennie Ward R.N. in 1956. They then immigrated to Canada in 1957 and first settled in Stonewall MB where many lifelong memories and friendships began. In 1960 they moved to Laurie River MB where he began his career with Sherrit Gordon Hydro. They then moved to Pointe du Bois MB in 1965 to continue his career with hydro. In 1972 he returned to school to attend the Canadian Labor College (McGill University) which led to his career with CUPE. His CUPE career took him to Grande Prairie, AB, Edmonton AB and finally settled in Lethbridge AB. While in Lethbridge he facilitated new programs and innovations for CUPE that are still prevalent today. He remained active as an officer of the LDLC for over 20 years and then he retired. The main highlight of his career was being honored as a lifetime member of CUPE.

He expressed extreme gratitude for each and every person he met, worked with or formed lifelong friendships with and everyone who supported him through his lifelong journey.

He was a man larger than life with a booming voice who loved his family with fierceness and great pride. He will be greatly missed by all that knew and loved him but mostly by his wife Jennie of 60 years, his daughters and their families.

A Celebration of Tom’s life will be held at a future date. Flowers are gratefully declined instead please make a donation to your charity of choice.

The family would like to thank everyone that has helped since his passing each and every one of you hold a special place in our hearts.

One Condolence for “OSBORN Thomas”