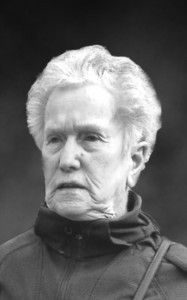 Mrs. Truus Quist of Lethbridge, beloved wife of the late Mr. Bastiaan Quist, passed away at the Chinook Regional Hospital on Thursday, February 25, 2016 at the age of 78 years.

Truus was born in Breda, Netherlands on December 20, 1937 to Hendrik and Adriana Landewers. Truus met Bastiaan Quist at a dance hall in the Netherlands and it was love at first site, they were married on September 26, 1957 in Holland. They moved to Canada the following spring, and eventually made Winnepeg their home. The family moved to Lethbridge in 1974 when she began working at the Lethbridge Public Library. Truus loved travel, camping, golfing, fishing, gardening and tending to Bas’s rose garden. Truus gave her time generously by volunteering for Interfaith Food Bank, Chinook Regional Hospital, Meals on Wheels and Canadian Red Cross.

A Memorial Service will be held at 2:00pm on Friday, March 4, 2016 at the ST. ANDREW’S PRESBYTERIAN CHURCH, 1818 – 5 Ave., S., Lethbridge, Alberta. A private family inurnment will be held at a later date in the Lethbridge Royal View Cemetery.

For those who wish, memorial donations in Truus’s honor may be made to the Heart and Stroke Foundation of Alberta, Box 2211, Lethbridge, Alberta T1J 4K7.