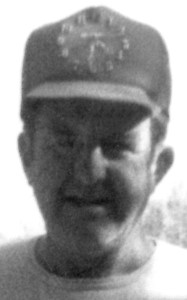 GEORGE EDWARD d’ENTREMONT, beloved husband of Norma Mae d’Entremont, of Lethbridge, passed away at the Chinook Regional Hospital, on Monday, February 8, 2016 at the age of 74 years.

Besides his loving wife, he is survived by his daughter Leigh-Ann (Vlad) Wasylechko, granddaughters Cassandra and Ashleigh, grandson Michael and great granddaughter, Aaliyah. George is also survived by numerous relatives in Nova Scotia. He was predeceased by his parents Margaret and Charles d’Entremont.

George was born on July 26th, 1941 and was raised in Pubnico, Nova Scotia. He joined the military in 1959 for 3 years. While in the military George was transferred to Calgary. In the early 1960’s he worked for Calgary Power. In 1964 George met Norma and they were married in 1966. They had one daughter, Leigh-Ann, in 1968. George was transferred to Sherwood Park in 1975 where he worked with Trans Alta. There, George received a Gold Hat award for the top safety professional in his field in 1987. He was with Trans Alta till he retired. George and Norma spent most of their retirement at Skelton Lake in Boyle, AB, until moving to Lethbridge to be closer to their daughter and family.

In memory of George Edward d’Entremont, donations may be made to the Heart & Stroke Foundation, PO Box 2211, Lethbridge, Alberta T1J 4K7.