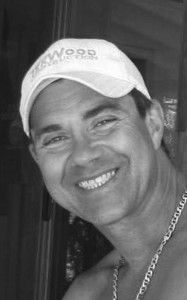 Dan Borley of Silverton, British Columbia passed away after a well fought battle with cancer on Saturday, March 5, 2016 in Lethbridge, Alberta.

He was born on March 5, 1966 in Magrath, Alberta to Aubrey Borley and Janeen Borley. Dan was known for his love of the mountains and his passion for carpentry.

He is survived by his father Aubrey Borley, his sister Shelly (Rod) Kramer and his brother Richard (Manuela) Borley as well as his special lady Jenny La and his Aunt, Joanne Perry his niece and nephews, as well as many special aunts, uncles and cousins.

A Celebration of Life will be held at 3:00pm, on Saturday, March 19th, 2016 at MARTIN BROTHERS RIVERVIEW CHAPEL, 610 4th Street South, Lethbridge AB.