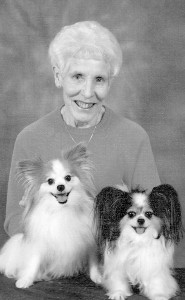 It is with great sadness that our family shares the loss of JUNE ‘CAROLE’ MCFALLS who passed away at home in Lethbridge, AB on Sunday March 13, 2016.

Carole is survived by her three children: David (Linda) McFalls of Lethbridge, Mark (Christine) McFalls of Ottawa, and Carole Anne (Dean) Oikawa of Lethbridge. She also leaves to mourn her sister Margaret Heighton, three grandchildren, Lindsay McFalls (Dale Lawson), Justin McFalls (Malina Bird), Samantha Vanderleek, and one great grandchild, Kayson-Dale Lawson, as well as many nieces and nephews who were very close to her heart.

Carole was predeceased by her husband Richard, her sister Maureen Crowder, her brother David Elder, and her parents, Leslie and Margaret Elder.

Carole was born on December 21, 1939 in Belfast, Northern Ireland and, along with her parents and siblings, immigrated to Canada in 1947. With her father, the Reverend Leslie Elder officiating, Carole and Richard were married in 1960. They eventually settled in London, Ontario where they raised their family. In 1969, they began volunteering with the Children’s Aid Society and, over the next 30 years, were Foster Parents to close to 200 infants and toddlers. This continued until 2001 when Richard’s life was tragically taken as a result of a car accident. Carole, who was critically injured in the same accident, never fully recovered but stubbornly persevered and lived life fully until the time of her passing.

Carole was a passionate Toronto Maple Leafs fan and spent many nights in front of the TV draped in her Leafs gear cheering them on. She loved to ‘hate’ the Canadiens, despite her husband being one of their biggest fans!

A service will be held in London, Ontario at a later date.

In lieu of flowers, donations may be made to the Canadian Lung Association or another charity of choice.