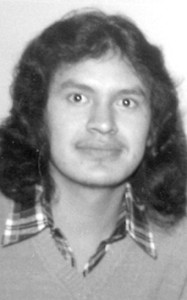 It is with great sadness that the family announces the passing of a brother, son, uncle, nephew & cousin, ALVIN MARK NORTH PEIGAN on Friday, March 18th, 2016 at the age of 55 years in Calgary.

In Alvin’s younger years while attending Crowsnest Consolidated High School he excelled in playing basketball and in most tournaments was voted Most Valuable Player (MVP). Alvin had an uncanny sense of humour and had a welcoming smile that brought calmness to those he met.

One Condolence for “NORTH PEIGAN Alvin”