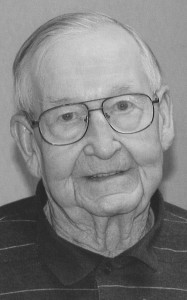 Henry grew up in the Sundial community and he attended Sundial school. He farmed northwest of Enchant for 25 years and ran the Enchant garage for 10 years. He then worked at the Enchant golf club and community park until his retirement in 2011.

Henry was an active community volunteer and he was a member of several local organizations including the Enchant Lions Club, Enchant volunteer fire department, the Enchant Golf Club and he coached a number of minor and senior hockey teams.

Henry enjoyed hockey, golf, curling, volunteering, camping and the great outdoors. Henry was the ultimate handyman warrior and he could fix or build anything that he set his mind to and his skills were always in demand.

Henry loved spending time with his many friends and family members and he had a great sense of humour and an infectious laugh. He had a big heart and a generous spirit and he took great interest in the lives of those around him.

Henry was a devoted father, brother and grandfather who cared deeply about his family and friends and he was always ready to lend a helping hand. He will be sorely missed.

A Memorial Celebration for Henry will be announced at a later date.

Those who wish, memorial donations may be made to the Enchant Community Association, Box 1921, Enchant T0K 0V0.