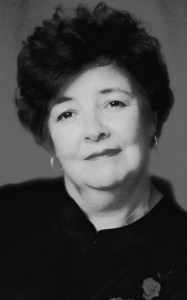 It is with sad hearts that we announce the passing of Heather Ruth Fraleigh (nee. Dargan). Heather was born in Smith Falls, Ontario: to Phillip & Marjorie Dargan, on January 15th 1943. Heather was the second oldest child of 5; she was raised in Brockville, Ontario; where she attended nursing school. She spent the majority of her life in upstate New York with her second husband Ronald Fraleigh. In their retirement years, they traveled all over the US and Canada as snow birds, especially enjoying Arizona and Florida, then later in life settling in Fort Macleod, Alberta; then eventually Lethbridge, Alberta.

Heather is survived by her soul mate, best friend, and husband of 44 years, Ron. Her 5 children: April Wilgosh Fitzgerald & her husband Derryck, Robin Wilgosh & her partner Dwayne Lemaitre, Nathen Wilgosh, Shawn Fraleigh & his wife Janine, and Michelle Hansen and her husband Nels. Heather is survived also by her six special Grandchildren: Ashley & Aaron Fitzgerald, Marcedy & Bryn Sprado, Sabrina Fraleigh, & Christian Hansen. She is also survived by her beloved sisters Ann Silverson, Mary-Jane O’Connell and Lee Walshe, all of her many nieces, nephews, and cousins, and her very special baby, her Pomeranian Petey who faithfully stayed by her side until the end. Heather was a spunky lady who always told it like it was (even if sometimes her children and grandchildren did not like it hehe)! She had a laugh that would make others laugh; she had a kind soul, & would not think twice to give a stranger the shirt off her back. She loved to travel; the Hawaiian Islands were one of her favorite places. She loved movies and music, especially listening to her favorite band Train. She absolutely loved photography & flowers, especially combining the two of them. Heather loved reading books, and read thousands of books over her lifetime, especially her very favorite author Fern Michaels. She was an animal lover and her pets were also her children!

Heather did not want a funeral, she did not want mourning, and she wanted a celebration of her life with a party of friends and family, with her “Train” cd’s playing in the background! She will be forever missed by all the lives she touched!