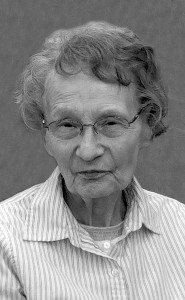 Mrs. Josephine Kondas of Lethbridge, passed away at the Park Meadows Lodge on Monday, March 28, 2016 at the age of 80 years old.

Josephine was born in Enchant, Alberta to Samuel & Mary Virostek. She was raised in the Enchant Area, then moved to Lethbridge to work and married Steve Kondas on April 27, 1957. They resided in Lethbridge briefly before settling down to raise their children in Coaldale, AB.