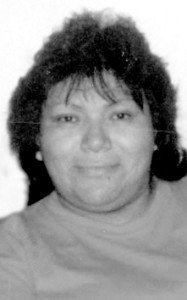 All the angels are rejoicing as one more faithful servant enters the Kingdom of God. Joanne went home peacefully to be with our Lord and Savior on Thursday, March 24, 2016 at the age of 48 years.

Joanne will always be remembered for her kind genuine personality, humbleness, smile, sense of humour and her friendly nature, She was instrumental in bearing witness of her faith in the Lord Jesus Christ, and inspiring many to fight the good fight of faith.

Joanne grew up with her cousins and favorite cousin Glenda in Little Chicago. They did silly stuff together and were always up to no good. Before her illness she loved to play sports such as volleyball, fastball and slow pitch.

“She is clothed in strength and dignity and she laughs without fear of the future”. (Proverbs 31:25).