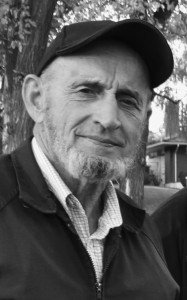 Jesse Kore Peachey, of Raymond, Alberta, passed away on March 29, 2016, at the hospital in Raymond at the age of 79, four weeks after being diagnosed with pancreatic cancer. He was the beloved husband of Faye Elizabeth Peachey.

Jesse was born to Rufus and Annie (Zook) Peachey on November 28, 1936, in Belleville, Pennsylvania. He grew up there as an Amish boy in the Kishacoquillas Valley. As a young man he decided to devote his life to following Jesus. In December of 1957, he married Faye, and soon after their marriage they moved to a pioneer community in the mountains of British Columbia. He was ordained as a minister in McBride, BC, in 1967. In 1972, Jesse and Faye and their family moved to Bay Tree, AB, a farming community in the Peace River country. After his retirement in 2008, Jesse and Faye moved to Raymond, AB.

Jesse loved the northern bush and worked for many years as a logger and sawyer. He also loved the land and enjoyed farming in the Peace River country. He and Faye dedicated four years of their lives as well to caring for Faye’s parents in their old age.

Jesse’s life was characterized by generosity, humility, and gratefulness. He loved God and people and took joy in the small things of life. His kindness and acceptance of people will be remembered by all those who came into contact with him.

One Condolence for “PEACHEY Jesse”