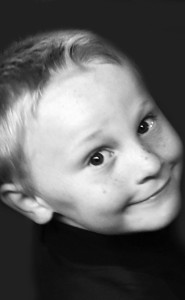 Edward Elijah Tangaroa Lowry of Lundbreck, Alberta beloved son of John and Margaret Lowry, passed away suddenly on Sunday April 3, 2016 at the age of 8 years.

Edward was born in the Pincher Creek hospital December 12, 2007. He entered school at Livingstone School kindergarten with Mrs. Dickson in Lundbreck, Alberta in 2013. He was in Miss. Annett’s and Mrs. Larson’s grade two class. He started cubs this year and enjoyed the activities greatly.

Eddie or Ed as he was known to his friends and family, loved playing with his lego, singing, and being outdoors. He always had a basketball or soccer ball in his hands “heading over to the court to play”.

A funeral Service will be held at 11: 30 A.M. on Saturday, April 9, 2016 at The Church of Jesus Christ of Latter-day Saints, 1240 Wentworth Avenue, Pincher Creek, Alberta with Bishop Gordon Young officiating, Interment to follow at Taylorville Cemetery.

One Condolence for “LOWRY Edward”