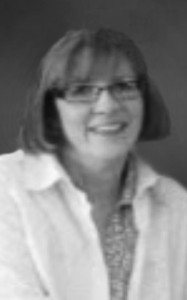 Cheryll Anne Oakes of Moon River Estates, beloved wife of Lloyd Sereda, passed away peacefully at Cardston Health Centre on April 3, 2016 at the age of 66 years.

Cheryll was born the youngest of ten children in Vulcan, AB, on the 20th of June, 1949 and moved to Swift Current, SK at age thirteen. Cheryll excelled at school, graduating from Irwin School as Senior Pin (or Valedictorian) of her class. She continued her studies at the University of Saskatchewan and completed her degree in Education at the University of Alberta.

Cheryll worked part-time as a teacher, while also establishing a co-operative childcare centre which is now called the St. Albert Daycare Society. She met Lloyd through the Daycare Society and they eventually became partners.

Cheryll’s dedication to improving and promoting early childhood education brought her to the Lethbridge Community College, where she became an instructor for over 30 years. As a breast cancer survivor, Cheryll devoted her extra time as a volunteer for the Canadian Cancer Foundation. Further, Cheryll served on boards of organizations in the Lethbridge community such as the Parent Preschool program, the Troyanda Ukrainian Dance Club and the Family Centre, dedicating her expertise, patience and compassion. Cheryll cherished her family and numerous friends, always putting them before herself. Through her diagnosis of ALS in 2011, her dedication to her family and community remained. Despite her declining health, Cheryll refused to give up her smile and her laughter. Her kindness and gentle manner will forever be cherished by those she loved and those who love her.

Cheryll was predeceased by her parents, Janet Oakes of Innisfail, AB and George Oakes, of Hamilton, ON, and sister Margaret (Al) McCashew.

A Memorial Service will be held at 1:00PM on Saturday, April 9, 2016 at MARTIN BROTHERS RIVERVIEW CHAPEL, with Reverend Glenda Wert, officiating.

One Condolence for “OAKES Cheryll”