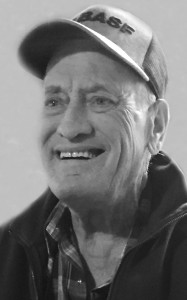 Andrew John “Tenney” Fletcher of Warner, AB, beloved father of Morgan and Logan, passed away peacefully after a lengthy struggle with cancer on April 7, 2016 at the Milk River Health Care Centre.

Tenney was born April 3, 1951 in Lethbridge, AB. He was predeceased by his parents Andrew and Ethel Fletcher. He is survived by his two sons; grandson (Marcelle); brothers Cyrus (Kathy) Fletcher, Billy (Bev) Fletcher; sister Jolene (Will) Harty; brother-in-law Dale Halmrast as well as various nieces, nephews and great nephews and nieces.

Tenney farmed for many years and especially enjoyed harvest. He acquired his pilot’s license and had his own plane for a time. He pursued employment up north for a few years then returned home to drive semi-truck. After this, Tenney began driving water truck for oil rigs and spent many years following his rig. Although Tenney enjoyed the comradery of his crew, he was quick to point out that the really important people in his life remained his family and friends.

Tenney was a coin collector and eventually produced a very impressive display. He also had a passion for Indian Artifacts and spent many hours searching and discovering. He was proud to show his collection and share his knowledge of origins.

Over the past year, after his diagnosis, Tenney found so much enjoyment in reminiscing and spending time with his very special friends…he loved to tell and retell stories. He also enjoyed “just putzing” in his Chevy truck, all over the countryside, watching various farming activities or checking out wildlife. He drove grain truck for his brother’s 2015 harvest; he did not always feel well but he showed up every day, all day, with that huge “unforgettable grin” and a bottle of pain killers. Tenney was an optimist…always reassuring “I know I will feel better tomorrow”.

Tenney was known for his big heart and his generous disposition. “He would give you the shirt off his back”…he will be truly missed by all that knew him.

A Celebration of Tenney’s Life will be held for Family and Friends at a later date.