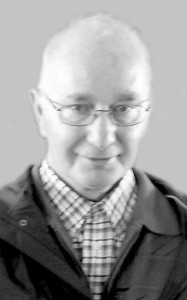 With deep sorrow we announce the passing away of my beloved husband and our dear father, grandfather and great grandfather, Henk Dunsbergen on April 8, 2016 at the age of 78 years.

Henk was born on February 20, 1938 in Barneveld, the Netherlands. Besides his loving wife Annie, Henk is survived by his children, Bert and Karen Dunsbergen, Dicky and Gerrit vande Bruinhorst, John and Mariska Dunsbergen, Annette and Ryan Mercer, Edith and Ton Beyer, and Wilma and Henk Vander Veen, 42 grandchildren and 3 great grandchildren. He is also survived by his brothers and sister Steven and Marie Dunsbergen, Bertie vande Bruinhorst, and Wim and Hennie Dunsbergen. His inlaws Bertus and Jany Evers, Henk-Jan and Gre Evers, Maartje Evers, Cees and Hilda Evers, Dikkie and Ab van Deuveren, Grietje and Gert Ruttenberg, Dirk and Willie Evers, and Mees en Greetje Evers, as well as numerous nieces and nephews.

An opportunity for condolences will be held on Monday, April 11, 2016 from 7:30pm to 8:30pm at the NETHERLANDS REFORMED CONGREGATION OF PICTURE BUTTE.

A Funeral Service will be held at 10:30am on Tuesday, April 12, 2016 at NETHERLANDS REFORMED CONGREGATION OF PICTURE BUTTE, with Rev. P. L. Bazen officiating. Interment will follow in the Memorial Cemetery of Picture Butte.