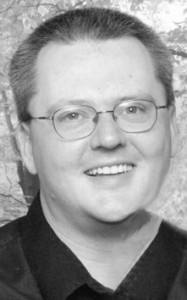 KEN LAVELL WOODWARD, beloved fiancée of Judy Bascom of Lethbridge, passed away at Edmonton University Hospital on Sunday, April 17, 2016 at the age of 45 years.

He is the loving father of CJ of Nanaimo.

He is predeceased by son Braydon.

Ken was born June 13, 1970 at Hay River, NWT. He graduated from Lloydminster High School. He worked for 22 years for Time Air and Jazz in Nanaimo and Kamloops in various positions, then moved on to airport maintenance in Norman Wells and the high Arctic. At the time of his passing he was employed with CBO as an airfield technician. Ken and Judy had met as children at family gatherings. In 2013, their love blossomed and he moved to Lethbridge. Ken shared that same love with Judy’s daughter Kelly and her husband Aaron. His son CJ was his buddy and he treasured the weekly contact that they had. Ken was a loving man with a big heart and a smile for everyone. He was outgoing and friendly and would help anyone out. He left an imprint on everyone he met.

We appreciate the wonderful generosity of Ken’s employers, and the kind support of family and friends.

The Funeral Service will be held on Saturday, April 23, 2016 at 2:00 p.m. at The Church of Jesus Christ of Latter-day Saints, COPPERWOOD CHAPEL, 9 Keystone Terrace West, Lethbridge.