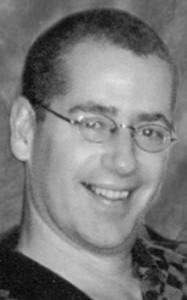 It is with great sadness that we say goodbye to our brother and son, GREG TOMPKINS, who passed away peacefully with his family by his side.

Greg started his career at the U of L as a research assistant in Physics in 1984. In 1986, he was hired as a technician for the Department of Physics and Astronomy and promoted to technical specialist in 1996. Working with Dr. David Naylor and the Astronomical Instrumentation Group (AIG), Greg provided technical support for electronic instrument control and data acquisition. One of the highlights of Greg’s career was his design for a spectrometer circuit used on NASA’s infrared telescope in Hawaii. In 1999, he was involved in developing a novel type of spectrometer for use at the James Clerk Maxwell Telescope, also located in Hawaii. By 2003, this design was adopted by the European Space Agency for use in the Herschel Space Observatory mission. Greg was then involved in designing and building a spectrometer to validate the performance of the one to be flown on Herschel. After years of work and extensive consultation with scientists and engineers, Greg came up with a simple and elegant design. After the launch of the Herschel in 2009, his electronics were on standby in case they were needed to solve a problem that had occurred in space. It remained active until 2013. The spectrometer was to be returned to Canada once it was decommissioned but several groups wanted it to remain in Europe. It now has a home in the Department of Physics and Astronomy at University College London. Greg also worked on designing and developing a control and data acquisition system for a spectrometer used for cancer detection. Where previously it took 3000 seconds to scan a 1×1 cm cancer biopsy sample, Greg reduced this time to an impressive 19.2 seconds.

In his three-decades-long career, Greg mentored and trained more than 300 students. His name is mentioned in every master’s and doctoral thesis produced by students in the AIG and he is the co-author of numerous publications and international conference presentations. “Greg will be deeply missed, not only for his electronic wizardry, but for his wit and irreverent spirit. His constant questioning of our scientific belief system made us all better scientists,” says Naylor.

Greg was a kind man who cared about people. He had a great sense of humour and enjoyed making others laugh. He was very good at sports and played soccer and squash for many years. He also enjoyed travelling. He is survived by his mother Catherine, his siblings Mallory (Renee) Tompkins, Patricia (Tom) Toney, Mark Tompkins, Michele (Tom) Mihalik, Annette (Jaye) Asplund, and Lisa Tompkins and six nieces and nephews: Perry and Kimberly Tompkins, Justin, Lana, and Natasha Toney, and Sarah Tompkins.

The Funeral Mass will be Celebrated at OUR LADY OF THE ASSUMPTION CATHOLIC CHURCH, Lethbridge, AB, on Saturday, May 7, 2016 at 10:00 A.M. with a luncheon at the Parish hall afterwards. A private interment will be held for immediate family.

In lieu of flowers, those who wish can make a donation to the Interfaith Food Bank, 1103 – 3 Avenue North, Lethbridge, AB, T1H 0H7.