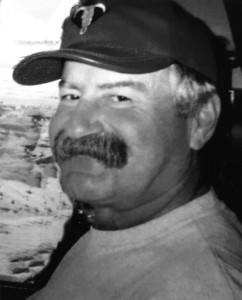 RONALD RACZ, beloved husband of Brenda Racz, passed away suddenly on Thursday, May 5th, 2016 at the age of 61 years.

Besides his loving wife, Brenda, Ronald is survived by his children Nicole (Jim) Tarzwell of Lethbridge, Ryan (Samantha) Racz of Lethbridge, as well as his grandchildren Logan, Payton, Griffen and Rex. He is also survived by Lou Racz, Sherry (Harry) Korthuis, and numerous nieces and nephews.

Ron was raised in the I-17 area on a farm, southwest of Milk River. Following his school education, he worked for a period of time at Mandin Tire Store. IN 1978, he married Faye Mueller and settled on the family farm. Faye and Ron had two children, Nicole Jean Racz and Ryan Matthew Racz. In 1991, Ron’s father Louie Racz passed away, followed by his mother in 2007. His wife, Faye, passed away in 2003. After the loss of his wife in 2003, Ron retired from the farming industry, met Brenda and moved to Warner. In 2005, he married Brenda Arnold and moved to the Warner area. Ron has one brother, Louis Racz and one sister, Sherry (Harry) Korthuis. Ron’s eldest sister Marjorie passed away at age 7 in 1963. Ron’s sister-in-law, Joan Racz, passed away 6 weeks ago.

Ron had two careers. His first career was farming, which he did until 2004. Then he and Brenda started his second career, to fulfill his lifelong dream of being a truck driver. Family was very important to Ron, especially spending time with his grandchildren. He will be dearly missed by all including his two little four legged boys, Mikey and Rowdy.