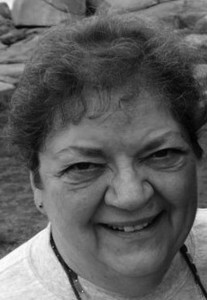 M. Anita was born in Outlook, Saskatchewan in 1938 where she grew up on the family farm before moving to Saskatoon to study Nursing at St. Paul’s Hospital. In 1959 she married Roy Swanson and moved to Milk River, Alberta. Together, Anita and Roy raised six kids while working their farm. Anita loved music, laughter, and visits with friends and family. Wherever a need or want could be found, Anita was quick to put her hand up, whether it be with the United Church, as part of a band, providing piano lessons, or later with the Worldwide Church of God (Grace Christian Fellowship) where she played piano accompanying services and choirs for over 40 years. She was an active member of the Milk River community until 1992, when she moved to Coaldale, Alberta and created her own business Classy Cleaning, working well into her late 60’s. She was also an avid bowler, and was a member of leagues in both Milk River and Lethbridge.

In her later years, Anita found joy in attending her grandchildren’s games and events in small towns across Alberta, travelling, and continuing to provide music, friendship and laughter within her community at Sunrise Village.

Anita was easy to laugh, the first to stand and sing, ever optimistic, and incredibly generous. Her eyes were never without a twinkle and she will be deeply missed by those who were blessed to be part of her life.

A Service of Remembrance will be held at CORNERSTONE FUNERAL HOME, 2800 – Mayor Magrath Drive South, Lethbridge, on Saturday, May 14th, 2016 at 11:00 A.M., with Pastor David Sheridan officiating. A time of fellowship & refreshments will follow. Cremation, with a private interment at a later date.

One Condolence for “SWANSON Anita”