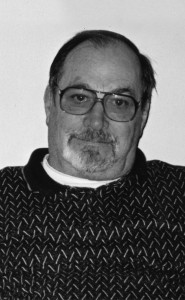 RALPH LESLIE HARRIS, beloved husband of Irene Harris, of Lethbridge, passed away at the Chinook Regional Hospital, on Monday, May 16th, 2016 at the age of 79 years.

Besides his loving wife of 56 years, Irene, Ralph is survived by his children: Lynn (Brian) Schmidt, Renee Harris, Leslie (Brenda) Harris and Jonathan (Nancy) Harris. Grandchildren: Sheena (Scott), Shawn, Aaron (Robin), Joshua and Krew. Ralph is also survived by his two great-granddaughters Olivia and Everly. He was a father and grandfather to many children, not just his own.

Ralph was predeceased by his parents Leslie and Helen Harris as well as his brother Doug Harris.

Ralph was a born and raised a Lethbridge north-sider and was eventually transplanted to the south. He started working for the CPR on December 16th, 1955 as “Wiper”. He was promoted to “Fireman” April 9th, 1960 and then finally as a “Locomotive Engineer” April 3rd, 1965. Ralph’s last trip was May 2nd, 1992 and he retired from CPR on July 1st, 1992. During his longstanding career he transported everything from the Prime Minister of Canada to cruise missiles.

Ralph had a love for fishing, his cabin in Creston and most importantly his family and friends. There wasn’t a single activity that he wouldn’t attend for his children and grandchildren. He was a caring, dedicated and down to earth man who loved his backyard “Lodge Meetings”.

A Celebration to honour Ralph’s Life will be held at CORNERSTONE FUNERAL HOME – 2800 Mayor Margrath Drive South, Lethbridge, Alberta, on Friday, May 20th, 2016 at 11:00 A.M. with Deacon Cliff Bogdan officiating.

An Interment will be held following the reception at Mountain View Cemetery at 2:00 P.M.

In lieu of flowers and in memory of Ralph, donations may be made to a charity of your choice.